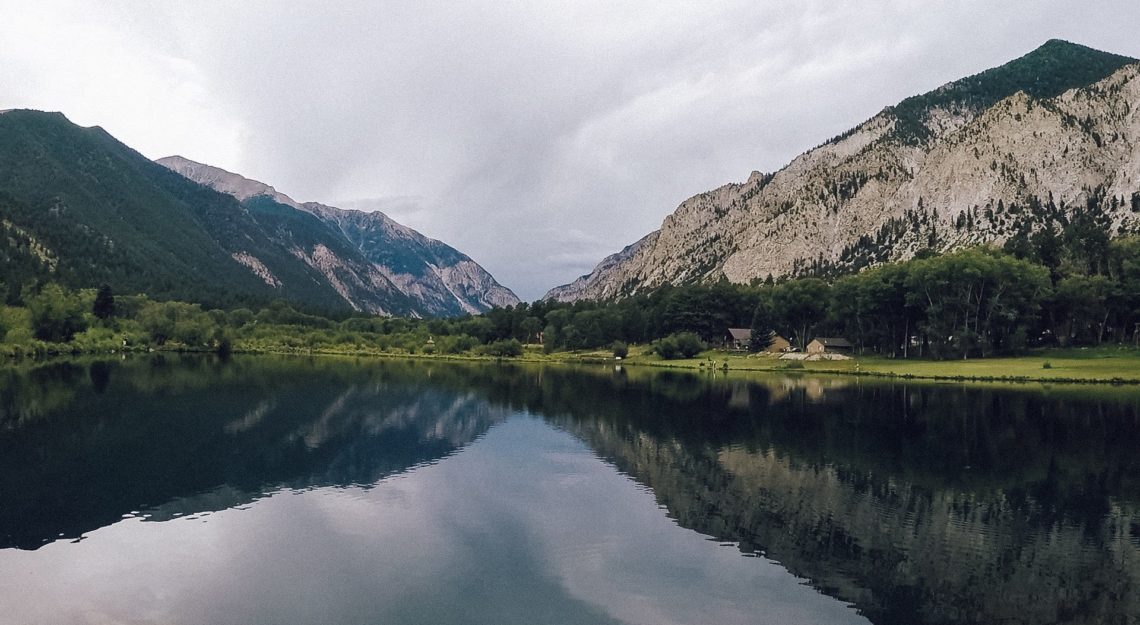 Buena Vista is about a 2-hour drive from Denver, where we live. We took a trip out there to this cool little mountain town during summer for a week-long vacation with family and had a wonderful time.

BV is an outdoorsy mecca!

White water rafting, horseback riding, mountain biking, hiking, kayaking – it has it all and probably more.

We did some mountain biking by the river near downtown on the Whipple trail system and had a blast. It was pretty challenging but a ton of fun too and absolutely beautiful views.

If you’re looking to grab a cool t-shirt or hat, check out Souled Out Tshirts. We snagged a couple here and love our BV tees.

And if you’re craving ice cream, head to Louie’s for sure!

St. Elmo is a ghost town nearby that’s definitely worth checking out. It’s neat to see what used to be a thriving town. There’s also an area where you can purchase sunflower seeds and feed the cutest chipmunks ever!

We stayed at the family-focused Deer Valley Ranch in Nathrop which is right outside Buena Vista. DVR had a bunch of activities they arranged onsite (and tons of prearranged kids and teen activities too) with the most popular being the horseback rides. Some of our favorite activities were the horseback rides, the s’mores night, half-day hiking, and the wrangler breakfast. The kiddos/teens in our family loved each of their additional activities too.

DVR provided family-style meals for you in the lodge if you wanted that option and every single meal we had for a week straight was phenomenal! Pretty sure we came back heavier than when we arrived.

The only thing we didn’t love at DVR was the lodging. We were at a ranch and we’re outdoorsy people so we by no means were we expecting a 5-star or anything but, to be honest, it was a real struggle. The first few nights we were there we stayed in the lodge and given the state of the 4 rooms we were all in, it felt like they had no idea our group of 9 was supposed to arrive. The bathtub in a couple of our rooms was actually dirty, the faucet in one room wouldn’t quite turn all the way off so it ran constantly and after finding someone to ask about this we were told: “that’s just the way it was.” Light bulbs were out in a few of the rooms, a window in one room wouldn’t close, it didn’t seem like the rooms had been vacuumed ever (my shoes stayed on all the time!), there were several cobwebs in each of the rooms, and the vent in our bathroom was full of dust pouring out. To say the least, we were shocked especially because the price didn’t match up with the accommodations… at all.

Another thing to note about the lodging is that there was no air conditioning in any of the buildings which in Colorado for summer is absolutely okay if the windows are open and you have a fan. Well, in our room the fan was missing (there was one in each of the other rooms) and the screen on the window was torn up pretty good so we had to keep it closed. It took 3 days to get a new window screen and was a for-real struggle to get that.

Basically, the lodge really needed some attention. We later learned from a couple of staff members who voluntarily shared with us that Deer Valley Ranch was in the process of being sold and therefore a lot of concern about the accommodations has been ignored.

After a few days, we asked to be moved to one of the cabins on site hoping that would be better. I will say it wasn’t much of an improvement for many reasons similar to that of the lodging and we nicknamed it the mouse house because as you can probably guess, we had a little mouse visitor who really lived there – we were just guests.

A couple of other things I noticed during our week there was that the customer service needed some attention (it was great during meals but other than that was hardcore lacking). I can give many examples here but don’t want this to just be a negative post. Lastly, it didn’t seem like safety was much of a concern of theirs. For example, life jackets weren’t given to us or even asked if we’d like some when going stand up paddleboarding (esp with the young kids) and again no one recommended the kids wear helmets during horseback riding. The youngest kiddo with us was 4 and she wasn’t required to wear a helmet. When galloping, my niece fell off her horse and we were so thankful she was okay.

So rather than staying there, I’d recommend checking out the Surf Hotel right next to the river downtown. We walked around a bit and it looked so cool, especially the chateaus!

I hope this doesn’t come across as super negative due to the review of the lodging – I just really want to keep it honest with you. Buena Vista is an incredible town I’d for sure go back to anytime.